Home / Normal / Murzuq Leaders: The stream of displacement from Chad to Southern 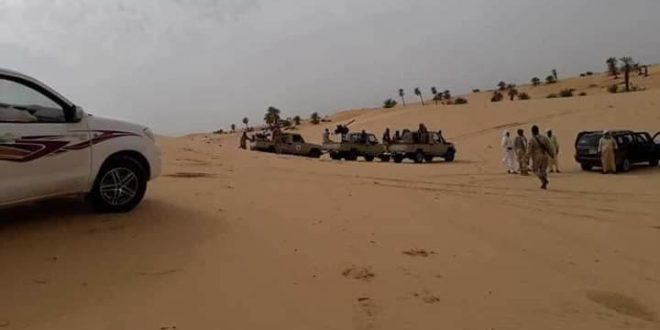 Murzuq Leaders: The stream of displacement from Chad to Southern

The Council of Murzuq Elders in south Libya held the Government of National Unity, (GNU), responsible for the delay in securing the area and the regional borders, following the unrest taking place in Chad.

The Council said in a statement that the influx of displaced persons from Chad has begun, heading towards Umm Al-Ranib and Murzuq and that these towns and the surrounding areas appear to be outside the control of the Libyan state.

They indicated that a group of Chadian opposition members left Libya to enter deep into Chad, with the support of the southern ports protection force, as they claim, according to a reported statement.