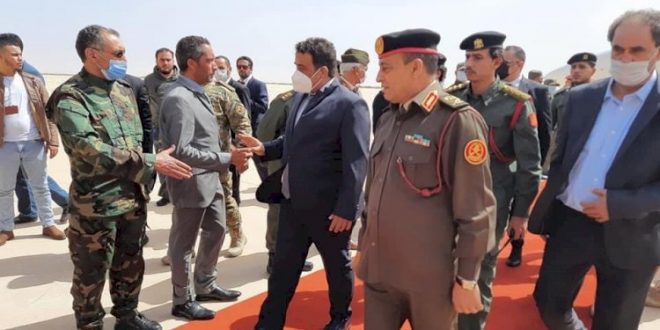 Mohamed Al-Manfi, the Head of Council of the Government of National Unity, arrived in Sirte today, to attend the fourth meeting of the 5 + 5 Joint Military Commission.

Al-Menfi is scheduled to preside over a meeting of the Commission at the Kadugu compound in Sirte to review the implementation of the ceasefire agreement’s remaining unresolved aspects, mainly the coastal road’s opening.

In the presence of members from the UN Support Mission in Libya, the Committee held a lengthy meeting in Sirte yesterday to discuss the departure of foreign mercenaries and the reopening of the East-West coastal road.

The Committee began its meeting in closed session, according to the Libyan News Agency (LANA) in Sirte.