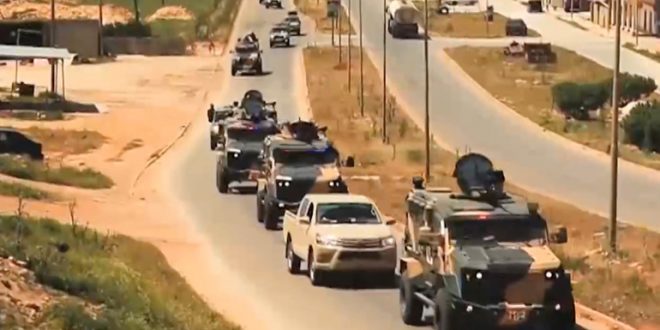 The Libyan Army said Monday it had depicted movements for a military convoy for Khalifa Haftar’s forces near Shuweref area in southeast Tripoli.

The media office of the operation said there were 62 military vehicles and three trucks laden with ammunition and two Pantsir-S systems on a German-made vehicle, adding that such moves are a violation of the 5+5 Joint Military Commission ceasefire agreement that has been in effect since last October.

According to sources, Haftar forces’ convoy arrived Monday night at Brak Al-Shatti base in south Libya, where pro-Haftar Wagner Group mercenaries were in control and training Chadian rebel forces.