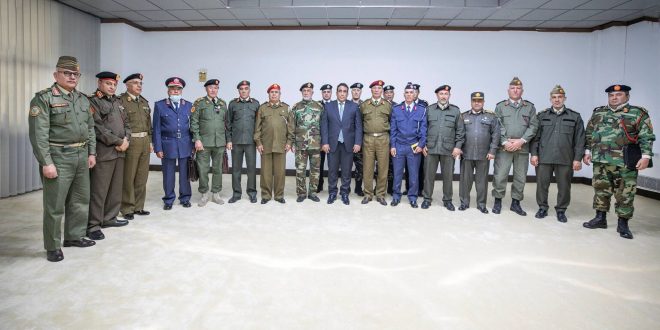 Procedures for opening the Misrata-Sirte coastal road are in their final stages after completing the demining operations, the Libyan Joint Military Committee 5 + 5 said.

The committee members met in the city of Sirte Tuesday in the presence of the Presidential Council (PC) Head Muhammad Menfi, according to a statement by the PC Media Office.

“Most of the logistical procedures are in their final stages,” the committee said in a statement, without setting a specified date for reopening the road.

The PC head praised the committee’s work and its role in the ceasefire, confirming that the government would allocate an amount of money -which he did not specify- to support the opening of the road, according to the statement.

Menfi also held a joint meeting with the sub-committee emanating from the 5 + 5 Committee to discuss its mechanism of action, as well as the developing situation and the challenges ahead.

Security ForcesSecurity Situation
AllSirte
2021-04-28
asaeid
Previous Haftar forces: We are prepared to receive government delegations and ensure their safety
Next Aldabaiba vows to visit Benghazi despite entry refusal to his forward security detail