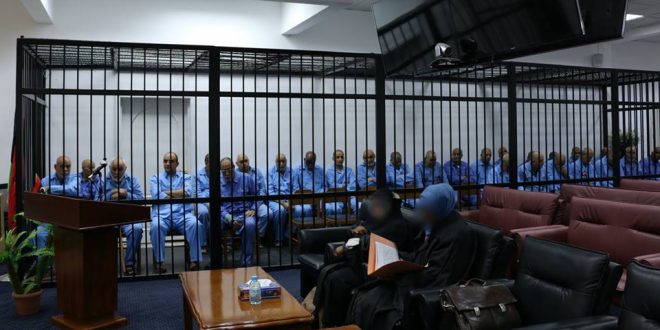 The Libyan Supreme Court has annulled the Tripoli Court of Appeals’ Ninth Criminal Division verdict about Abu Salim Prison Massacre that was issued on December 12, 2019 and dropped charges on all people accused of the brutal Gaddafi-era massacre.

The new Supreme Court verdict will give the case to another Criminal Division at the Tripoli Court of Appeals.

The Ninth Criminal Division at the Tripoli Court of Appeals dropped all charges on the individuals accused of the Abu Salim Prison Massacre that happened in 1996, saying the litigation time limit was overdue.

On June 29, 1996, over 1269 inmates – mostly prisoners of conscience – were mass-executed at the Abu Salim Prison in Tripoli, in what is reordered in Libyan history as Gaddafi’s most inhumane act in the country.