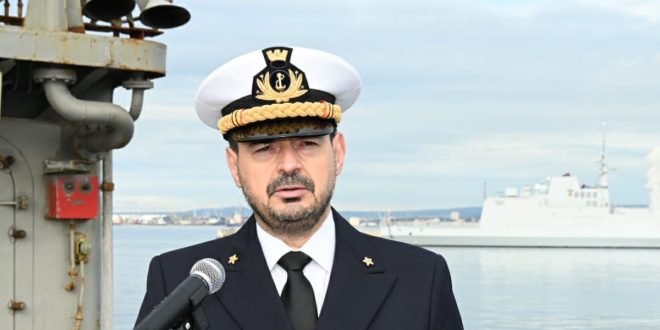 The commander of Operation Irini concerned with monitoring the implementation of the UN Security Council resolution banning the supply of weapons to Libya, will soon travel to the capital, Tripoli, to discuss the possibility of resuming the training program of the Libyan Coast Guard, an informed European source told the Italian news agency, Aki.

“The training of the Libyan Coast Guard personnel is mainly part of the tasks assigned to the Operation Irini operating in the central Mediterranean,” the source who requested anonymity said.

He indicated that the training has been suspended for a year and its resumption is important to the EU, confirming that the matter will be the centre of discussions with the new Libyan authorities.

The source reiterated the EU’s support for the new Libyan government and the UN’s efforts in maintaining stability in the country.

As for the possibility of EU participation in the ceasefire monitoring mission in Libya, the source acknowledged that the UN is holding discussions with several countries individually, including EU member states.

“Despite the difficulties and obstacles, the crews of this operation are still carrying out their duties, including investigating violations of the UN resolution,” Aki quoted the source as saying.

The European Union decided to extend the mission of Operation Irini for an additional two years.