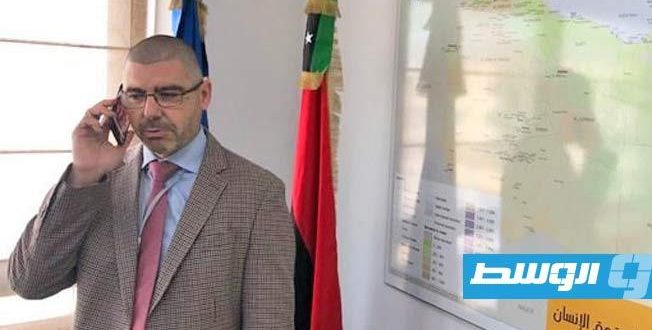 On Monday, the European Union Mission to Libya announced the reopening of its office in Tripoli and the return of Ambassador Jose Sabadell, head of the mission, to the Libyan capital.

“We will be able to work more directly and efficiently with the Libyan authorities, civil society and Partners,” said EU ambassador to Libya, Jose Sabadell, upon arrival in Tripoli.

He added: “I’m excited to be here with my team permanently and I look forward to this new phase of partnership between Libya and the European Union”.

Both the Egyptian embassy and the French embassy have returned to the capital Tripoli to confirm support for the new executive authority, which was formed following the rounds of the Libyan Political Dialogue Forum sponsored by UNSMIL.