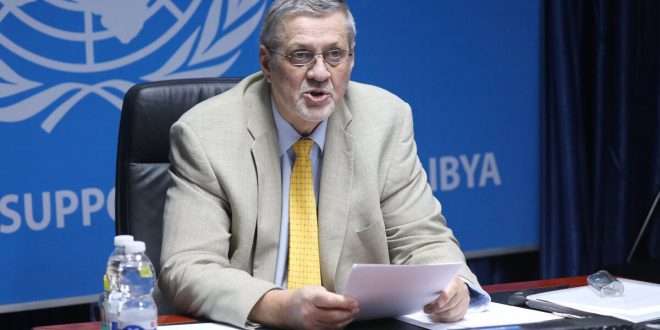 The UN special envoy for Libya warned the Security Council that progress on the key issue of withdrawing mercenaries and foreign fighters from Libya has stalled and their continued presence is a threat not only to Libya but to the North African region.

Jan Kubis said on Friday recent disturbing events in neighbouring Chad, where rebels were blamed for last month’s killing of longtime president Idriss Deby, are a reminder of the link between the security situation in Libya and the security and stability in the region.

“The high mobility of armed groups and terrorists but also economic migrants and refugees, often through channels operated by organized criminal networks and other local players across uncontrolled borders only enhances risks of furthering instability and insecurity in Libya and the region,” he said.

Kubis said the UN mission in Libya, known as UNSMIL, reported “the continuing presence of foreign elements, mercenaries and assets, thus entrenching the division of Libya”.

Libya has been racked by chaos since a NATO-backed uprising toppled longtime ruler Muammar Gaddafi in 2011 and split the oil-rich country between a UN-recognised government in the capital, Tripoli, and rival authorities based in the country’s east, each backed by armed groups and foreign governments.

In April 2019, east-based commander Khalifa Haftar and his forces, backed by Egypt and the United Arab Emirates, launched an offensive to try and capture Tripoli. His 14-month-long campaign collapsed after Turkey stepped up its support of the UN-recognised government with advanced military hardware, troops, and thousands of Syrian mercenaries.

An October ceasefire led to the formation of a joint interim government, which took power in March, and is tasked with bringing together the divided country and steering it through presidential and parliamentary elections on December 24.

As for the UN arms embargo against Libya, which UN experts reported recently has been continuously violated, Kubis said the UN mission continues to receive reports of cargoes of arms and military supplies arriving at military bases in the west, east and south.

UNSMIL also continues to receive reports of fortifications and defensive positions being set up along the Sirte-Jufra axis as well as air force training activities, he said.

Kubis said UNSMIL also reported that progress in opening the road from the strategic city of Sirte, the gateway to the country’s major oilfields and export terminals, is stalled.

“Further delays in reopening the road work against efforts to build a trust between the two sides and could undermine efforts to advance the implementation of the ceasefire agreement, to advance the political transition,” he warned.

The October truce that called for mercenaries and foreign fighters to leave in 90 days continues to hold, Kubis said, but failure to get them to leave could affect Libya’s political transition and the December elections.

“It is therefore critical to plan and ensure an orderly departure of foreign fighters, mercenaries, and armed groups together with their disarmament, demobilisation and reintegration in the countries of origin,” he said.

The UN estimated in December there were at least 20,000 foreign fighters and mercenaries in Libya, including Syrians, Russians, Sudanese and Chadians. Diplomats said speakers at an informal council meeting in late April said there were more than 20,000, including 13,000 Syrians and 11,000 Sudanese.

In mid-April the Security Council voted to deploy up to 60 international monitors to the UN political mission in Libya to monitor the ceasefire and withdrawal of mercenaries and foreign fighters.

Kubis said the UN Secretariat in New York and the mission in Libya are planning for an initial deployment of just five observers to Tripoli.

He said the ceasefire agreement calls for all military units and armed groups to return to their camps, and in parallel all mercenaries and foreign fighters should depart from Libya.

“Based on this, pulling back a limited number of mercenaries to Benghazi [in the east] and Tripoli [in the west] and then flying them out, can commence a balanced and sequenced withdrawal of foreign mercenaries, fighters and foreign forces,” Kubis said.

He said this approach needs a plan and timelines “agreed with those external forces that are associated with mercenaries and foreign forces in Libya”.

Cavusoglu responded by saying that Turkish forces were in Libya as part of a training agreement reached with a previous Libya administration. “There are those who equate our legal presence … with the foreign mercenary groups that fight in this country for money,” he said.

On a positive note, Kubis said the security situation in Libya “has significantly improved, although clashes between armed militia groups competing for influence, access to and control of territory and resources do occur from time to time”.

International Relations and CooperationSecurity ForcesSecurity Situation
All
2021-05-22
asaeid
Previous Libya is 70 percent ready to hold 24 December elections, with the 30 percent legal measures still outstanding: Election Commission
Next Amended budget submitted to parliament, session scheduled to discuss it for this Monday 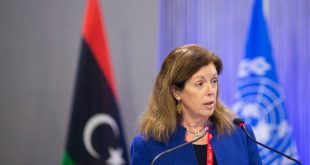