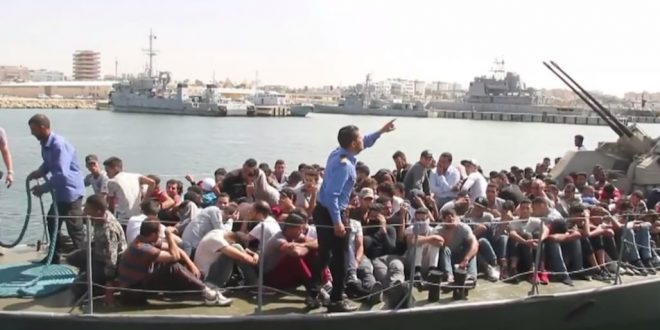 Turkey is currently training the Libyan coast guard in order to help it intercept refugee and migrant boats heading to Europe.

According to the British newspaper the Times, a Turkish naval vessel off the coast of the Libyan town of Khoms helped rescue a dinghy holding 97 migrants earlier this month, before handing them over to Libyan coast guard.

That operation and others like it are reportedly part of Turkey’s programme to train the Libyan coast guard and military, which serves the purpose of improving Libya’s newly unified forces and maintaining a long-term Turkish presence and influence in the country.

Such programmes are replacing those by European states such as Italy and agencies such as the European Union’s Frontex, which previously trained the Libyan coast guard and provided them with patrol vessels.

It is thought to be an expansion of Turkey’s role in the country’s recent development. Furthermore, by replacing the EU, “the Turks have filled a vacuum,” according to the Director of the International Study Centre in Rome Gabriele Iacovino, who spoke to the paper.

Earlier this month it was reported that over 600 migrants have died in the Mediterranean Sea so far this year, with many drowning off the coast of Libya.

Turkey’s shouldering of the responsibility to train Libya’s coast guard and European’s subsequent withdrawal also comes weeks after it was revealed that EU member states’ neglect and pushback of refugees had killed over 2,000 over the past year.

The paper noted that Turkey’s training is providing it with influence in the country far beyond that of EU states, with the Swiss-based Global Initiative’s analyst Jalel Harchaoui telling the paper: “A Libyan given training by Ankara becomes almost a life-long fan of Turkey…That, politically, is scary for Europe.”