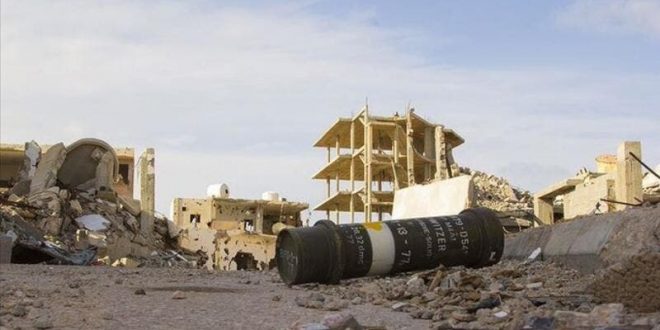 Libya: ‘Turkey, Egypt, Italy, Tunisia have the best chances to participate in reconstruction’

Libya announced that Egyptian, Turkish, Italian, German and Tunisian companies have the biggest chance of taking part in the reconstruction of the country.

In statements the Minister of State for Economic Affairs, Salama Al-Ghwail, said: “The Egyptian, Turkish, Italian, German and Tunisian companies will have the best chances to participate in the reconstruction projects in Libya.”

The Libyan official pointed out that “the reconstruction projects will provide 30 per cent of job opportunities,” reported Anadolu Agency.

He explained that “Libya needs to spend 600 billion dinars ($135 billion) on reconstruction during the next ten years,” with the private sector undertaking 60 per cent of the projects.

The oil-rich country has suffered an armed conflict for years, as the forces of General Khalifa Haftar, with the support of Arab and Western countries, mercenaries and foreign fighters, contested the authority of the internationally recognised Government of National Accord (GNA).

Haftar’s attack on Tripoli on 4 April 2019 and the closure of oil fields and ports played the primary role in bringing the country to the brink of bankruptcy and collapse, according to observers.

For months, Libya has been witnessing a political breakthrough. On 16 March, a unified executive authority that included a new cabinet and the Presidential Council was elected to lead the country until legislative and presidential elections are held on 24 December.