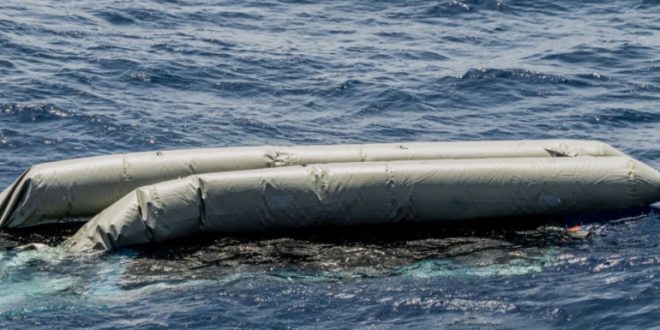 Dead children, including infants, have washed ashore on a Libyan beach in the migrant crisis’ latest catastrophe, The Guardian said on Tuesday.

Images have been shared on Twitter, including by Proactiva Open Arms, a Spanish rescue group.

The charitable organisation said the victims, which also include women, had attempted the perilous journey to Europe, the BBC reported.

The group’s comms chief, Laura Lanuza, said to the broadcaster: “We are in shock.

“When people try to flee from Libya they shouldn’t be taken back or left adrift in the Mediterranean.

She argued that a rescue programme is needed.

“The Mediterranean is the biggest graveyard in the world.

According to journalist Nancy Porsia, the dead were located at a Zuwara beach on Saturday, The Guardian said.

Tripoli’s armed forces retrieved the corpses and laid them to rest in close by Abu Qamash.

Proactiva Open Arms’ founder, Oscar Camps, claimed the bodies were on the beach for three days.

He tweeted evidence of this in the form of photographs he said show the difference in the quantity of sand covering the children between day one and two.

He also claimed on Wednesday morning that a dead infant remained on the beach for “more than 96 hours”, alleging that they were left there despite a woman’s corpse being removed.

It is not clear if the body still remains.

The human rights lawyers claim that the two migrants in their case “were violently rounded up, robbed, abducted, detained” and “forcibly transferred back to sea”https://t.co/tVIXLYFsWS
— The New Arab (@The_NewArab) May 26, 2021

Details of what happened on the journey, including timings, are still not known, according to an International Organization for Migration spokesperson in Italy.

Italy’s PM, Mario Draghi related that “images of bodies of babies and toddlers washed up on a beach in Libya are unacceptable”.

In recent years, other haunting images have been released, including one showing a dead baby with closed eyes and blue-tinged lips, held in the arms of a rescuer.

The infant had been plucked from the Mediterranean.