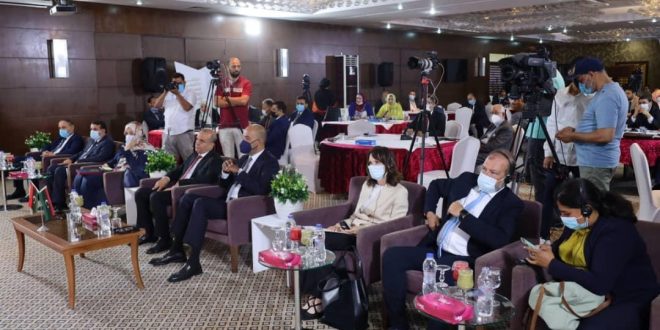 The Libyan Presidential Council said in a statement that the meeting was attended by both Vice Presidents of the Presidency Council Musa Al-Koni and Abdullah Al-Lafi, Justice Minister Halima Ibrahim, and Minister of Displaced Affairs Ahmed Abu-Khuzam.

Al-Lafi stressed the importance of “national reconciliation in all its tracks in order to bring Libya to safety, in preparation for holding the elections on schedule”.

Meanwhile, Abu-Khuzam said that “the government’s support for the reconciliation project will consolidate the right of return for displaced Libyans both at home and abroad.”

Speaking at the meeting, Gagnon explained that the UN mission supports the comprehensive reconciliation project because it will lead Libya to a stage of stability.

On 16 March, an elected transitional authority, comprising a unity government and a presidential council, assumed its duties to lead the country to parliamentary and presidential elections on 24 December.

Political Transition
All
2021-06-01
asaeid
Previous Libya and Algeria sign economic cooperation agreement
Next Facebook: Libya is one of the most prominent victims of misinformation campaigns between 2017 and 2020.