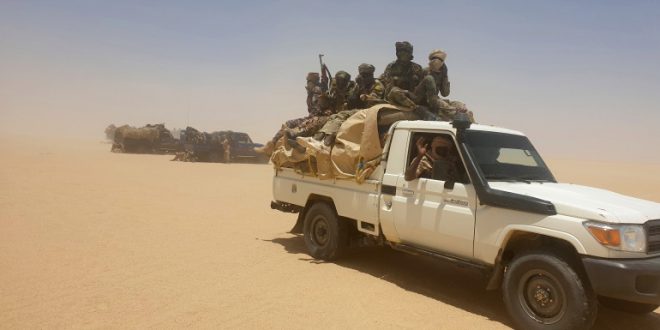 ZIGUEY, CHAD - APRIL 19: Chadian Army members are seen during an operation against rebels in Ziguey, Kanem Region, Chad on April 19, 2021. The Chadian army announced late Sunday that it has killed more than 300 rebels in the northern part of the Central African country. The rebels were from The Front for Change and Concord in Chad (FACT), the military said in a press release. ( Abdoulaye Adoum Mahamat - Anadolu Agency )

The Operation said on Facebook Monday that the protests were near Buhadi roundabout in Sirte after numerous violations done by mercenaries, the last of which was mercenaries’ attempt to steal a car from a man named Jumua Al-Ghazali.

Meanwhile, activists on social media posted footage for Sirte residents’ protests, saying they had fed up with assaults and robberies from Janjaweed mercenaries, urging relevant authorities to find an immediate solution.

Security ForcesSecurity Situation
Sirte
2021-06-01
asaeid
Previous Facebook: Libya is one of the most prominent victims of misinformation campaigns between 2017 and 2020.
Next Germany, UN to host Libya conference