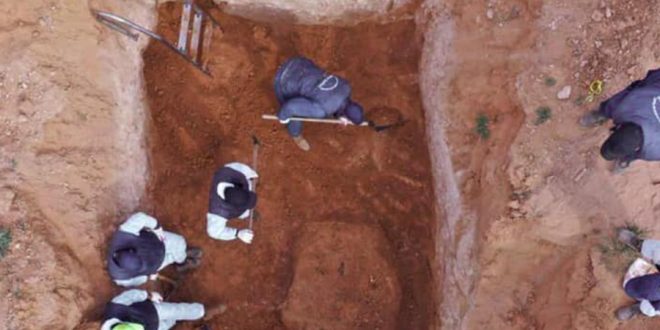 Tarhouna has been the scene for troubling discoveries since June 2020 that basically included the unearthing of numerous mass graves for tens of bodies tortured and killed by Al-Kaniyat militias, especially during Haftar’s 2019 offensive on Tripoli and other western region areas.