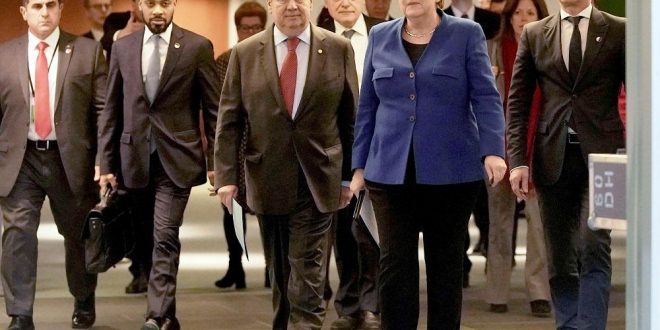 The German Foreign Ministry announced yesterday that the Second Berlin Conference on Libya will take place on 23 June.

The event will be held jointly with the UN Secretary General Antonio Guterres, UNSMIL and German Foreign Minister Heiko Maas. The unified Libyan government will also be participating.

The German Foreign Ministry said ‘‘The conference will take stock of progress made since the Berlin Conference on Libya on 19 January 2020. Moreover, the next steps needed for a sustainable stabilisation of the country will be discussed.

The main focus will be on preparations for the national elections scheduled for 24 December and on the withdrawal of foreign troops and mercenaries from Libya as agreed in the ceasefire. In addition, steps towards the creation of unified Libyan security forces will be discussed.

The conference is an expression of the continued international support for the stabilisation of Libya. The international community remains ready to continue its close and constructive support of the UN‑led peace process in Libya.”

As indicated, the first Berlin Conference on Libya took place on 19 January 2020 and its outcomes are partially credited for the relative peace, stability and unified government in Libya today.