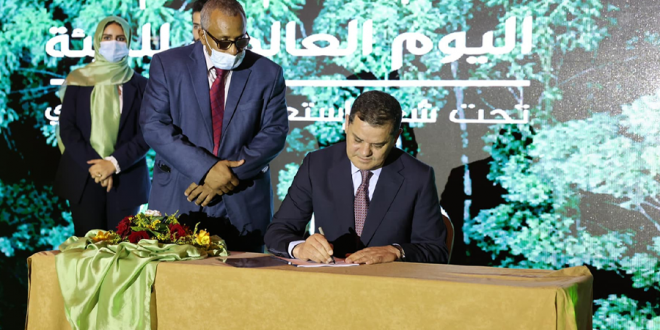 Libya’s Government of National Unity is to sign the Paris climate agreement approved in 2015, Prime Minister Abdul Hamid Dbeibah confirmed on the occasion of World Environment Day in Tripoli, Sunday.

PM Dbeibah says the agreement will be put forward to the House of Representatives for approval. “Libya was late in joining the climate agreement, unlike most countries in the world,” the PM added.

Speaking on the importance of the environment, Dbeibah stated that climate change is an issue that unites the population of the entire world.

The Paris Agreement is a legally binding international treaty on climate change that followed negotiations during the 21st United Nations Climate Change Conference in Paris in 2015 and entered into force on 4 November 2016.