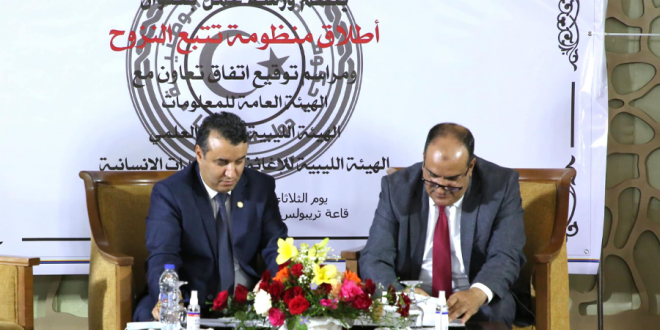 The Minister of State for Displaced Affairs and Human Rights of the Government of National Unity (GNU) launched a structured system to track displaced persons in Libya, during a workshop that was held on June 8 in Tripoli and attended by a number of ministers and officials.

In a speech, the Minister of State for Displaced Affairs and Human Rights, Ahmed Abu Khuzam, stressed the relevance of launching the structured system to identify the geographical distribution of the displacement movement and assist the displaced citizens to resolve their difficulties.

Abu Khuzam stated that the system would assist in facilitating the provision of health and educational services to those displaced, along with settling the issue of polling stations for them, in order to ensure their right to actively participate in the electoral process.

Humanitarian IssuesTrafficking and Migration
All
2021-06-08
asaeid
Previous Al-Mishri rejects unifying Libyan state civil institutions apart from military ones
Next Russia’s Posture in the Mediterranean: Implications for NATO and Europe