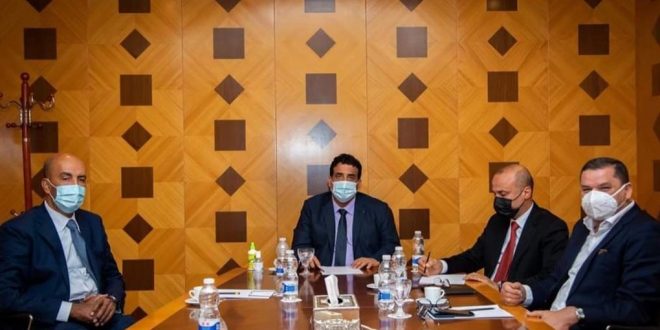 Yesterday, Libya’s Presidential Council convened an emergency meeting in the presence of the Director General of the General Intelligence Service to discuss the bombing of a checkpoint at the Sabha Security Directorate that claimed the lives of two officers and injured four more.

Following the meeting, the Council decided to form a committee chaired by the Minister of the Interior, the head of the General Intelligence Service, and the Coordinator of the Counter-Terrorism Office, with the goal of gathering information, detecting, prosecuting, and bringing those involved to justice, as well as providing the necessary support and urgent needs to the South’s security services and development.

The Presidential Council underlined its condemnation of the terrorist act that killed the victims of duty, saying that such crimes would not go unpunished.

The Presidential Council condemned the terrorist attack on a Sabha Security Directorate checkpoint.

The Council expressed its heartfelt condolences and compassion to the families of Captain Ibrahim Abdel Nabi Mana’ Khayali and Lieutenant Abbas Abubakr Ali Asherif, both of whom died on the job.