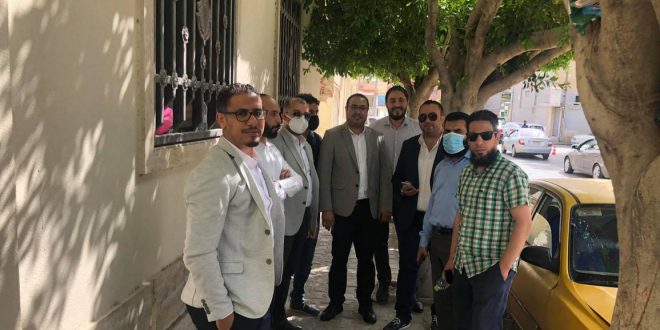 The General Syndicate of Libyan Doctors said its partial strike will be escalated to a total strike across all health facilities in Libya from 9.00 am to 3.00 pm from June 13 to June 20 – a full week – except for emergency and ambulance sections that receive several emergency cases and child birth, in addition to vaccination.

The Syndicate said some other medical sections will be shut entirely and private clinics and hospitals will continue with partial strike measures, adding that in case the government didn’t respond to their demands, they will contact the World Health Organization and UNICEF as well as other organizations to speak about the real situation in Libya and the inflexibility of the government.

It also indicated that it will take all necessary and available measures to defend the rights of its members against those who violate laws and the constitutional declaration by trying to stop or end the strike under any pretext, especially at health facilities.

The Syndicate said there is a team that will receive complaints or threats or any problems facing medical staffers due to the strike, which was staged last Sunday for three hours a day before becoming six hours a day this week in protest of the government’s inaction regarding the salary promotion medical staffers.