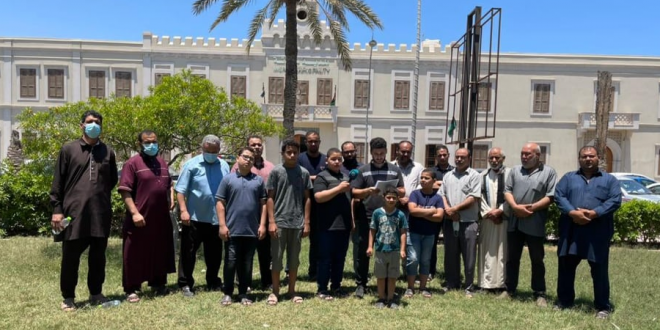 Families of war prisoners captured by Hafatr’s militias during the recent offense on the western region have pleaded for an immediate intervention by the government, the UN mission, and international and local organizations to release their sons detained in the eastern district.

In a statement, the families expressed concern at the fate of their sons, who are reportedly locked up in underground prisons with limited food supplies, which harmed their physical and psychological health.

They called on the 5 + 5 Military Committee to immediately intervene and bring the prisoners’ exchange file to a satisfactory conclusion.

The families also appealed to the Minister of Justice and the Chief of the General Staff to take on their responsibilities with regard to the safety of prisoners, as prisons fall within their purview.

The UN mission should reach out to the other party and demand to meet the prisoners to learn about their detention conditions, the families said.

DetentionSecurity Forces
All
2021-06-14
asaeid
Previous Budget is inflated by new exchange rate, government supports elections and illegal migration will be reduced: Official government Spokesperson
Next The Ministry of the Interior confirms the reactivation of the functions of its Human Rights Office