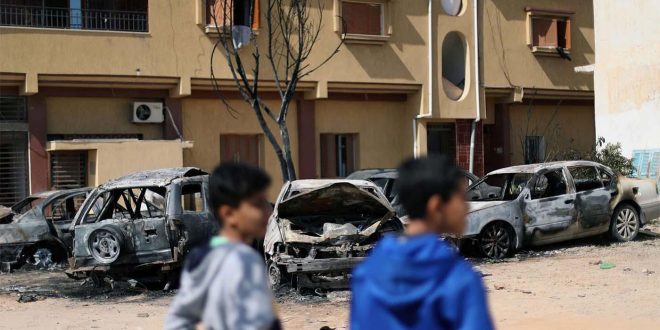 Twenty-two Libyan non-governmental organizations (NGOs) have expressed concern about the widespread phenomenon of child labour in Libya as a result of armed conflicts, which have resulted in the displacement of hundreds of thousands of civilians, disruption of education, and worsening of the economic and financial crisis.

In a joint statement issued on the occasion of the World Day to Combat Child Labor, they urged those in charge of the Libyan round to prioritize the best interests of the child and to provide an appropriate environment and protection for children who have been affected by the consequences of the armed conflict in Libya, including protection from the effects of the spread of t.

Solidarity for Human Rights, for its part, urged Libyan authorities to make additional efforts to protect children’s rights in Libya and to put an end to the phenomenon of arbitrary imprisonment of children in Mitiga, New Tripoli, Kararim, Misrata, Benghazi, and other prisons and detention centres for migrants and refugees.