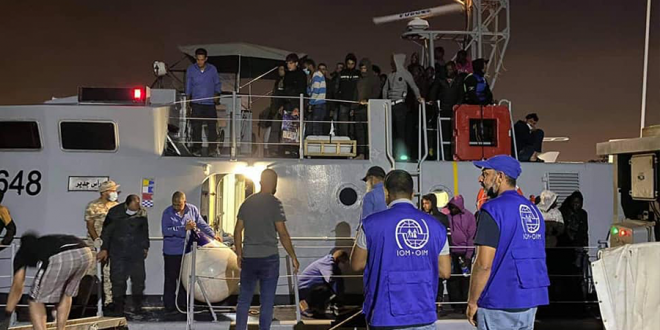 The Libyan Navy has intercepted 338 migrants of various African nationalities, who were attempting to make their way to European shores on a rubber dinghy.

The navy spokesman said that following the operation, the navy teams disembarked the migrants at the Tripoli Naval Base, where they were transferred to the Anti-Illegal Immigration Agency, noting that the agency would follow up on the care for the migrants, but would also complete the legal procedures for the deportation of the migrants to their various countries of origin.

Trafficking and Migration
All
2021-06-15
asaeid
Previous NATO calls for 24 December elections, remains committed to providing defence and security advice to Libya
Next 22 Libyan NGOs express concern about the widespread phenomenon of child labour in the country