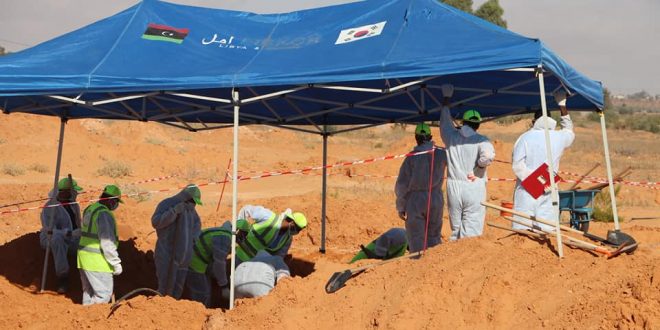 The General Authority for Search and Identification of Missing Persons announced on Wednesday, June 16, the discovery of yet another mass grave in the city of Tarhuna.

The Authority stated on its Facebook page that the search team for missing persons had found the mass grave in the agricultural project which is approximately five kilometres outside on the outskirts of the city of Tarhuna, confirming that at least one body has been found so far, bringing the number of human remains exhumed from the agricultural project to date, up to seven.