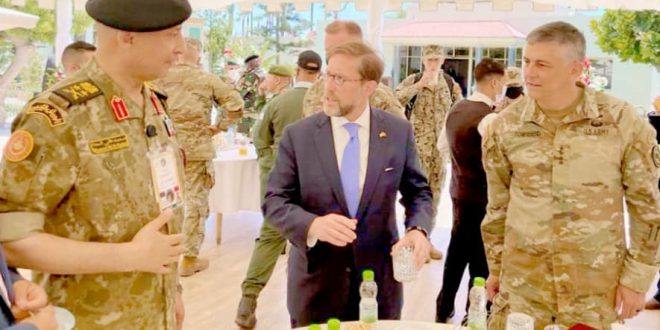 During their meeting, Townsend and Haddad, it reported, discussed the need for foreign forces to withdraw from Libya immediately.

International Relations and CooperationSecurity ForcesSecurity Situation
All
2021-06-22
asaeid
Previous Berlin Process Must Recognise Human Rights and Accountability as Path to Sustainable Peace: LFJL
Next Algeria: Haftar ‘did not’ take control of border crossing