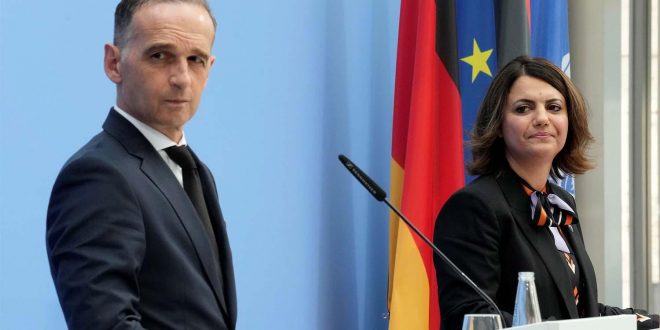 Libya’s interim government has expressed hope that foreign mercenaries will be withdrawn from the North African country after peace talks with world powers in Berlin.

The UN-sponsored conference on Wednesday renewed commitments to holding elections on December 24, a watershed for the country where armed groups and foreign powers have fought for influence.

The withdrawal of foreign fighters, which was agreed as part of a ceasefire in October, must be implemented in full and “without further delay,” according to the final declaration from the conference.

All parties must refrain from actions that exacerbate the conflict, including “financing military capabilities or recruiting foreign fighters and mercenaries,” it said.

Libya has been mired in chaos since a NATO-backed uprising removed longtime leader Muammar Gaddafi in 2011. The country was subsequently split between rival administrations: the UN-recognised Government of National Accord (GNA) based in the capital, Tripoli, and a separate eastern-based administration, led by renegade military commander Khalifa Haftar. Each was backed by an array of militias and foreign powers.

After years of violent conflict, the two sides reached a ceasefire in October and backed the formation of a transitional government to lead the country to elections. But the UN estimates some 20,000 foreign fighters and mercenaries are still in Libya – a presence seen as a threat to the December polls.

Libyan Foreign Minister Najla al-Mangoush said on Wednesday that there was progress on the issue of foreign mercenaries.

“Hopefully within coming days, mercenaries from both sides (are) going to be withdrawing and I think this is going to be encouraging,” al-Mangoush told reporters after the talks.

German Foreign Minister Heiko Maas said he believed there was an understanding between Turkey and Russia, which back rival sides in the conflict, that any withdrawal would be step-by-step to maintain balance and would not happen overnight.

The United Nations Under-Secretary-General for Political Affairs Rosemary DiCarlo noted that the whole process “will take some time”.

The efforts to end a decade-long spiral of violence in Libya are the second round held in Berlin, after the first attended by the presidents of Turkey, Russia and France in January 2020, before the coronavirus pandemic.

Participants at the 2020 conference had agreed to put an end to international meddling and to withdraw foreign mercenaries. But neither Moscow nor Ankara, both of which have significant forces in the country, have met their promise.

Russian mercenaries supporting Haftar’s side in the east of the country are still in place, while Turkey has troops in Tripoli, which it argues were sent under a bilateral agreement with the government, implying that they are not affected by the request for foreign troops to leave.

“The Libyan foreign minister says it is time for concrete actions. Other parties expressed goals such as getting foreign fighters out, integrating militias into one unified Libyan military, or having elections in December for a stable and peaceful Libya,” he said.

“But we still are not hearing so much about the particulars that will make this possible,” he added.

Al Jazeera’s Diplomatic Editor James Bays said the purpose of the conference was to maintain momentum towards elections set for December 24.

“The point of this conference is to give all related parties a nudge … The international community wants to keep the momentum of progress in Libya up,” he added.