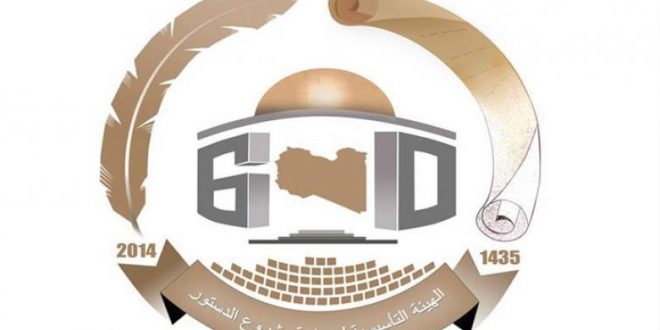 The Chairman of the Libyan Constitution Drafting Assembly, Al-Jilani Erhuma, called for starting preparations for constitution referendum, demanding it be a basis for general elections in December.

The letters said the Supreme Court annulled “spoilers’ pretexts” and vouched for the legality of the constitution draft which can be approved or disapproved by the Libyan people.

The letters called also for instructing the High National Elections Commission to take the necessary measures to prepare for the referendum.