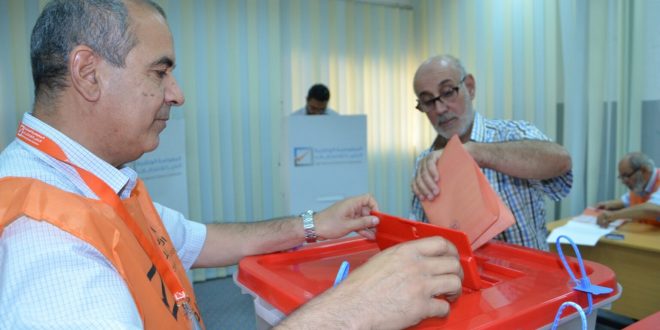 Libyan expectations are high and candidates are beginning to express interest in running for the elections scheduled for December this year.

These have been delayed three years following a military campaign on the capital Tripoli by renegade military commander Khalifa Haftar’s Tobruk-based government in the east.

The new interim Government of National Unity (GNU) is a provisional government body that was sworn in on March 15. It was tasked to lead the Libyan Arab Jamahiriya to presidential and parliamentary elections later this year.

Although many Libyans are eager to take to the polls, the country’s ethnic minorities risk being overlooked in the electoral process.

These include the Amazigh, Tuareg, and Tebu. The United Nations High Commissioner for Refugees (UNHCR) is unable to provide an exact number of stateless individuals in the country, but the percentage of undocumented people remains high. Many are unable to acquire citizenship or other forms of documentation that would allow them to vote on both the elections and a possible constitution.

By the time of Libya’s independence in 1951, numerous nomadic non-Arab communities had settled in the country. But unlike Arab Libyans, many of these ethnic minorities suffered from discriminatory laws that sidelined them from society.

Mohammed A’Sunoussy, a member of the National Tebu Assembly, says: “Following Libya’s independence, the government took steps to register and issue civil documentation to the Libyan population … But there was little effort to reach out to Tebu in the desert. As a result, many Tebu remained without any documentation at this time.”

Some were also stripped of their Libyan citizenship after the International Criminal Court ruled the mineral-rich Aouzou strip in the south should be returned to Chad. Former Libyan leader Muammar Gaddafi issued a decree stating any documentation issued in the strip should be revoked and, as a result, many Tebu have been unable to obtain documentation since.

Shortly after the election date was set, the Tuareg Tribal Council met the speaker of the House of Representatives (HoR), Agila Saleh, to discuss a solution to what they referred to as “human rights obstacles that [Tuareg] families live through among those who hold temporary records in the Civil Status Authority”. Holding temporary records is common among the Tuareg, meaning they are unable to obtain full citizenship rights.

When the revolution broke out in 2011, Gaddafi recruited Tuareg soldiers by promising them Libyan documentation. These promises never materialised and to this day, about 14,000 Tuareg do not hold official papers, according to the World Directory of Minorities and Indigenous People.

These official papers, such as the “Family Booklet”, are essential proof of citizenship that is often difficult to apply for within nomadic communities. Valerie Stocker, a researcher for the European Institute of Peace, says, “People of undetermined legal status cannot presently take part in formal political life as they are not eligible to vote or stand for Elections.”

In a statement, the Supreme Council of Libyan Tribes and Cities welcomed the GNU headed by Abdel Hamid al-Dbaibah, and said the election was an “important step in the unification of Libya”. However, they also called on the interim government to include the country’s ethnic minorities in the electoral process ahead.

Similar concerns were voiced ahead of Libya’s 2012 elections. To address this, a decree was issued ruling that individuals could register for a vote with an alternative form of documentation, including a driver’s licence or national ID card.

Despite this, various human rights groups claim that some voters from ethnic minorities were disqualified from voting on the grounds of not being “Libyan citizens”. Stocker documents more than 1,000 Tebu voters in the southeastern district of Kufra that were disqualified, some of which were refused voting rights on the basis of their Tebu names.

Although Tuareg activists campaigned against the electoral commission ahead of the 2019 municipal elections, this did not come into effect in time. Southern towns such as Ubari, located in the southwestern Sabha constituency and home to both Tuareg and Tebu communities, were overlooked in the electoral process.

Many are therefore fearful that Libya’s ethnic minorities will once again be excluded from the voting process due to the lack of documentation proving their “Libyan origins”.

In a statement earlier this month, 51 members of the HoR urged for the approval of the draft constitution, believing it is needed to guarantee security and stability ahead of the elections.

Last week, the Amazigh, Tuareg and Tebu tribes rejected the referendum on the draft constitution, calling it “illegitimate”.

The 17-member Constitutional Drafting Authority (CDA) includes two members of each of the three minority communities and requires at least one of each group to pass on the document. This, however, was until the Amazigh withdrew their participation from the CDA.

Since then, the Amazigh Supreme Council has called for the UN Support Mission in Libya (UNSMIL) to work towards guaranteeing the rights of their groups, seeking an amendment of the 1951 constitution instead.

In the past, the council had expressed “significant disquiet … mainly because of the provisions on decentralization, which do not give them anything like the autonomy that some were hoping for”. Also known as “blind centralism”, the constitution would assign the decision-making of these communities’ issues to the responsibility of Tripoli. The Tebu’s Sultan Ahmed Haki Musa has also condemned the constitution, calling it a “racist referendum”.

However, some members of the drafting committee believe this is a starting point for minority rights and a significant improvement from the 1969 Constitution, which defined Libya as an “Arab state” with Arabic as its “only official language”.

Citizenship, therefore, remains somewhat a contentious topic in Libya. As Stocker says, “Although aspects of it are frequently touched upon in media and social media platforms and in statements made by state officials, there has not been any meaningful public exchange or dialogue on the issue.”

Organisations such as La Lil-Tamiz continue campaigning to expose racism directed towards ethnic minorities that ultimately prevents them from being integrated into society.

But with elections getting closer by the day, it becomes critical to ensure that Libya’s non-Arab minority participates in the political process.

The elections are aimed at creating a sense of national unity after years of a brutal civil war that has divided the country. Observers say national unity cannot be obtained in a post-revolution Libya unless the country’s entire population – including its ethnic minorities – go from stateless to voting.

Electoral ProcessHumanitarian IssuesPolitical Transition
All
2021-06-28
asaeid
Previous LPDF: No Dual citizenship allowed for Libyan president candidates unless permitted by law
Next Libya does not yet fully use internationally accepted accounting principles and Audit Bureau is not independent according to international standards: U.S. State Department report