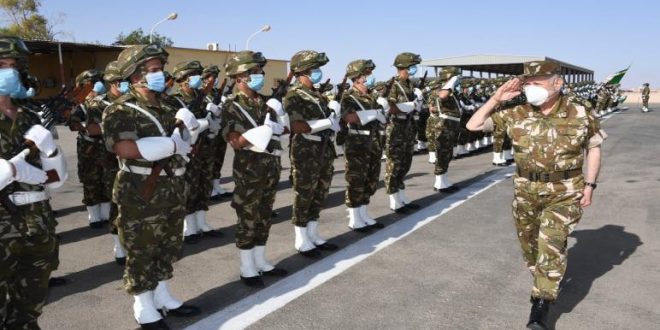 The Algerian army’s Chief of Staff, Said Chengriha, said his country “will not accept any threats” and vowed that its response will be “tough and firm” against anyone who tries to tamper with its reputation, security, or territorial integrity, Anadolu Agency reported.

Chengriha’s comments came during a visit to the Algerian-Libyan borders and following an announcement by the retired Libyan renegade General Khalifa Haftar that his forces had closed the crossings.

Ten days ago, forces loyal to Haftar closed the Libyan-Algerian border and declared the area a “military zone” in which movement is prohibited under the pretext of pursuing “takfiri terrorists” and expelling African mercenaries.

On October 23, the UN announced a permanent ceasefire agreement between Libya’s warring rivals during its facilitated 5+5 Libyan Joint Military Commission talks in Geneva. Elections are due to be held on 24 December.

Border ManagementInternational Relations and CooperationSecurity Forces
All
2021-06-30
asaeid
Previous Dbeibeh : The Electricity crisis must be resolved at any cost
Next Turkey stalls on withdrawal of foreign forces from Libya