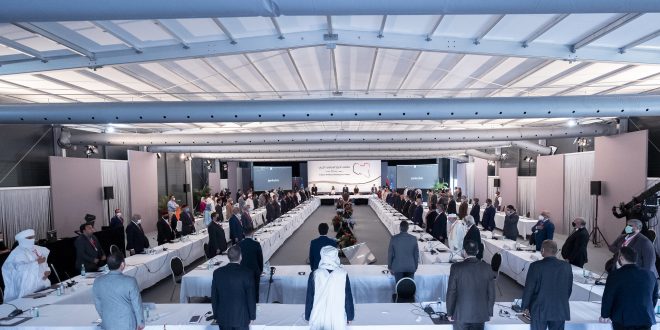 Anadolu Agency reported LPDF member Ziyad Daghim as saying that two members, who were in Tunisia, got infected by the Coronavirus and one of them was prevented from attending the third meeting after receiving positive COVID-19 result while the second showed symptoms on Tuesday.

The third meeting was held Wednesday afternoon after all LPDF members had been tested for COVID-19, while Fawasel news agency said a group of the members tested positive and were told by the UNSMIL to stay in their rooms and participate via the internet.

LPDF meetings started Monday in Geneva with the aim of discussing advisory committee proposals on the constitutional basis for holding elections in December.

Health SituationInternational Relations and CooperationPolitical Transition
All
2021-06-30
asaeid
Previous Prime Minister Aldabaiba tells Presidency Council choosing Ministers is within his prerogative
Next Dbeibeh : The Electricity crisis must be resolved at any cost