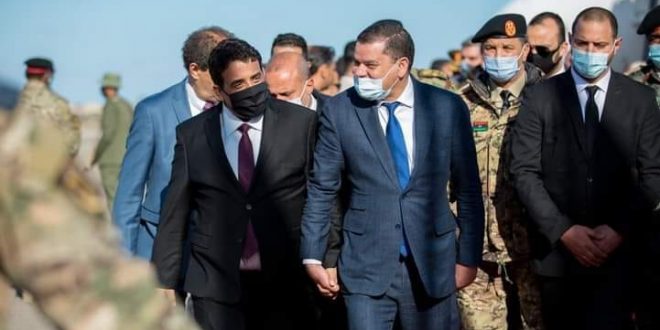 Libyan Prime Minister Abd Alhamid Aldabaiba has told the Presidency Council that it is within his and not their authority to nominate the Minister of Defence.

The news came through a letter directed by him to the Presidency Council yesterday in reply to their letter of the day before which had invited him to a meeting with them on Sunday 4 July in order to consult on the nomination of a minister Defence Minister.

Referring in his letter to the section in Libyan Political Dialogue Forum’s (LPDF) Roadmap regarding the nomination of ministers, Aldabaiba attached the section which clarified the terms of reference of the Prime Minister of the Government of National Unity in naming Ministers and their Deputies and the role of the Presidential Council in that.

It will be recorded that the Presidency Council, in its role as Supreme Commander of the Libyan Army, called in a letter sent Monday on Aldabaiba to nominate a Minister of Defence by 4 July.

It invited him to attend the important meeting that will be held next Sunday (4 July) in the office of the Supreme Commander of the Army to ‘‘consult on the issue of appointing the Minister of Defence and to settle the matter once and for all’’.

In its letter, the Presidency Council threatened to take the decision to name the Minister of Defence, and to refer it directly to the House of Representatives for a vote, in case Aldabaiba was absent from the meeting that, it said, will be held for this purpose next Sunday.