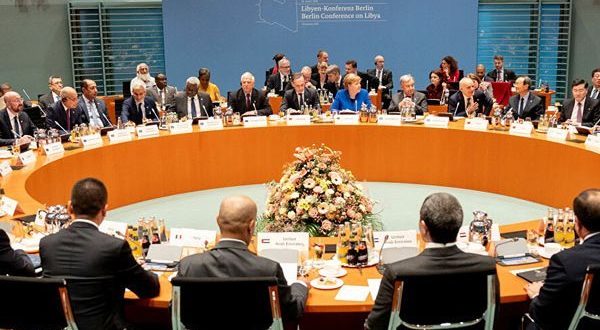 Foreign troops are not leaving Libya despite Berlin II pledges

The International Berlin Conference on Libya — Berlin II — concluded last week with a rather short communiqué. It predecessor, the January 2020 Berlin I conference, ended with 66 recommendations, most of which were embedded in UN Security Council Resolution 2510. This time there is neither a resolution nor concrete results. Nevertheless, Berlin II ended on a positive note.

Notable progress has been made since January last year. Libya now has a unity government, almost fully united government institutions and, above all, a ceasefire that has been holding since it was signed in October. The country is also gearing up for presidential and legislative elections scheduled for 24 December.

However, more contentious issues remain unresolved with the potential to derail everything and pull the country back to square one. The Geneva Libyan Political Dialogue Forum, for example, which is acting as an interim parliament, has so far failed to agree a constitutional framework for the elections. The election authority set today, 1 July, as the deadline to receive such a document if the election date is to be respected.

Moreover, there is the more complicated issue of foreign forces and mercenaries who are supposed to leave Libya before polling day. There has been no progress on this, and Berlin II failed to address it properly.

There are thousands of Turkish regular troops and Syrian mercenaries who were sent by Ankara to support Tripoli’s former Government of National Accord in pushing back Field Marshal Khalifa Haftar’s forces who were laying siege to the Libyan capital from April 2019 to June 2020. On Haftar’s side there are thousands of Russian Wagner Group mercenaries. Moscow always claims that it has nothing to do with the supposedly private company.

The Berlin II communiqué says simply that, “All foreign forces and mercenaries need to be withdrawn from Libya without delay.” This repeats what was said in the first conference, to which participating countries committed themselves. This time, though, Turkey rejected this clause while signing up to the rest of the statement. The same demand has been made repeatedly by the Libyan government, the UN and almost all countries involved in the Libyan issue except Turkey. Even so, honouring such a commitment is another matter.

Turkey justifies its rejection of pulling out its military assets from Libya on two grounds. Such troops, it insists, went to Libya based on a security deal signed with Tripoli in 2019 which the current government must respect. The Turks contend that their presence is thus legitimate because it is based on a bilateral agreement. Ankara also points out that its troops are confined to their barracks and continue to offer training and capacity building for the Libyans. The estimated 15,000 Syrian mercenaries that Turkey has stationed in Libya are never mentioned.

Tripoli calls for the departure of every foreign fighter and soldier, but Ankara is not moving on this issue, which has become a serious embarrassment for President Recep Tayyip Erdogan. He has invested a lot political capital in the deployment of troops in Libya, but he finds himself isolated. His NATO allies, including the US, continue to call for foreign troops to leave Libyan soil. Although they have not singled out Turkey by name, the message is clear.

The departure of foreign forces is a prerequisite for the Libyan elections. The political roadmap, agreed in Tunisia in February, made it clear that no election should take place unless the country is free of foreign forces. The former UN acting Envoy to Libya, Stephanie Williams, who engineered the roadmap, told MEMO the same thing in May. Above all else, the departure of the foreign troops is one of the conditions of the October ceasefire agreement. Unless they are out of the country the ceasefire is not yet implemented fully, leaving the potential for further bloodshed.

German Foreign Minister Heiko Maas told Berlin II that the withdrawal of foreign forces from Libya is “going to be simultaneous” but did not explain what that means in practice. His comments are being interpreted to mean that Turkish forces and Wagner mercenaries are to leave in stages at the same time, a matter to be decided between Ankara and Moscow. His Libyan counterpart, Najla Al-Mangoush, was more optimistic in the same press conference: The departure of foreign troops, he indicated, is going to be scheduled in the coming days. With only 176 days left to election date, there is still nothing happening in this regard.

US Secretary of State Antony Blinken also attended Berlin II and also said that all foreign forces must leave Libya. However, US National Security Advisor Jake Sullivan’s comments on 29 June completely ignored the foreign military presence in the North African country. He did, however, reiterate Washington’s support for Libya’s elections to take place at the end of the year. In their 26 June summit, EU leaders also called for foreign troops to leave Libya. There are lots of people saying this, but nobody is doing anything to make it happen.The so called international community, the UN included, can say whatever it likes, but Erdogan is unmoved; his troops are going to stay in Libya as long as he deems it necessary, despite the embarrassment it creates for him. To pull them out would be a failure, and the Turkish president does not like that.Given that Erdogan agreed with US President Joe Biden, when they met for the first time on 18 June, that Ankara will play a “leading role” in securing Kabul’s airport after NATO forces leave Afghanistan, I wonder if the quid pro quo is that Washington will keep quiet about Turkish forces in Libya. Anything’s possible.