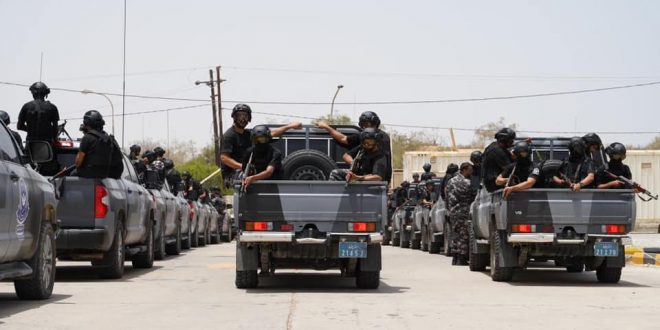 Security forces begin the operation of protecting of power stations

According to the Attorney General’s orders, under the direct direction of the Branch Chief, the Tripoli Law Enforcement Branch of the Department of Security Operations secured and defended power installations in the capital Tripoli’s south and east to avoid sabotage and illegal assaults.

Security patrols also conducted a security campaign within the expanding Garabulli zones, limiting the opportunity to carry out attacks and violations on State-owned land as well as capturing offenders.