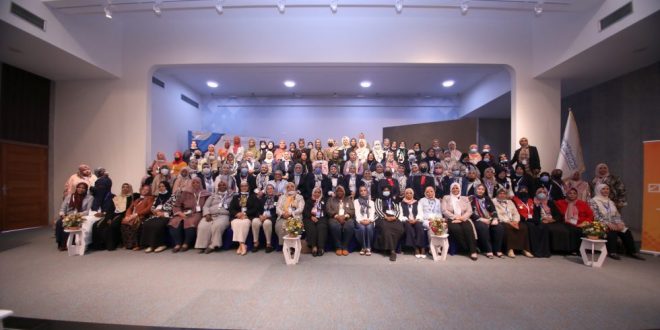 In a vital step forward, Libya establishes the General Union for Libyan Women

Liberian women participated in the Libyan Women’s Union’s Preparatory Committee for the General Elections as a constructive gesture to reflect national entitlement.

The event took place over two days, on July 7 and 8, at the National High Electoral Commission Information Centre.

Libyan women had laid the groundwork for the Direct Democracy Project by establishing and electing the Libyan Women’s General Union, which had resulted in the election of the President and her two Vice-Presidents in the presence of 86 women voters, 73 of whom had voted.

The voting results produced a winning list of three, with Fathia Ahmed Al-Bakhbakhi elected as the General Women’s Union’s head, Nana Yusuf Issa as her first deputy, and Samar Najmi Abdul Malik as her second deputy.

The ceremony ended in the spirit of all Libyan women’s desire to play a vital role in building a a civil and democratic state.

Electoral ProcessGender and Security
All
2021-07-10
asaeid
Previous A British colonel blocked an 80 million dollar weapons sale to Haftar from Jordan
Next Al-Mishri: UN mission in Libya pushing for allowing military officials to run in elections