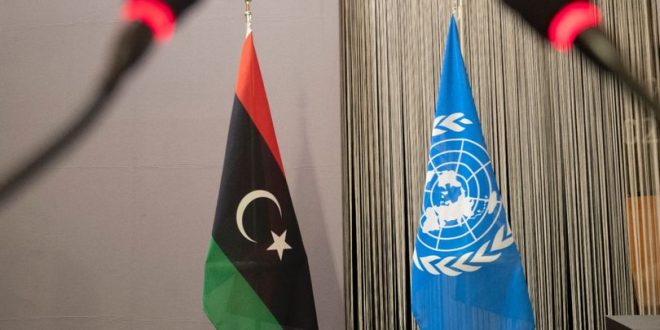 The Military Committee of the Libyan General Command held a meeting in Benghazi Saturday with Special Envoy of the Secretary-General and Head of the United Nations Support Mission in Libya Jan Kubis.

The meeting discussed the Geneva decisions and ways to implement their provisions by focusing on evacuating foreign forces and expediting the expulsion of mercenaries.

It also mulled the mechanism for dismantling militias and disbursing the salaries of the Libyan National Army by the Government of National Unity.

In April, the United Nations Security Council gave the green light to deploy 60 observers to the ceasefire in Libya, urging the country’s new national unity government to prepare for free and fair elections on December 24.

The Security Council approved a proposal of the Secretary-General of the United Nations, António Guterres, to deploy observers for a ceasefire in Libya.

Guterres addressed to the Security Council on April 7, “The observers will deploy to Sirte once all the requirements for the permanent presence of the United Nations are met, including security, logistical, medical and operational aspects.” “In the meantime, there will be a presence in Tripoli as soon as circumstances permit,” he added.

In the resolution adopted by the Security Council, the Council stressed the “complete and real participation of women and youth” in the elections.