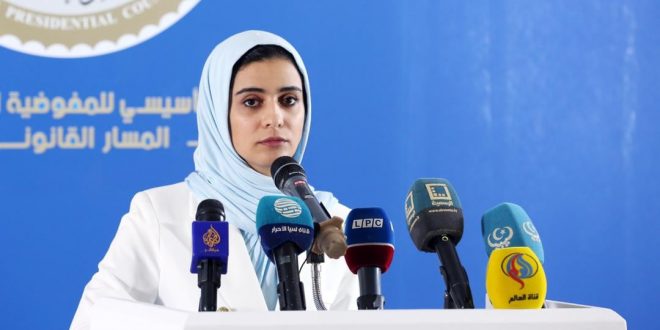 The Libyan Presidential Council has urged for consensus by the House of Representatives and the High Council of State on a constitutional basis for elections to be held on December 24.

The spokeswoman for the Presidential Council, Najwa Wehiba, said they are committed to the Libyan Political Dialogue Forum’s roadmap and want to hand over power to an elected executive authority, adding that consultations for the appointment of a defense minister was still ongoing as “it’s vital to appoint one as soon as possible because it is part of efforts aiming to unify the military institution.”

Wehiba said the Presidential Council retracted appointments of diplomatic missions abroad to preserve professional standards in such a process, adding that they had urged the Health Minister to follow up on the issue of Libyans stranded abroad regarding containing the spread of Coronavirus.