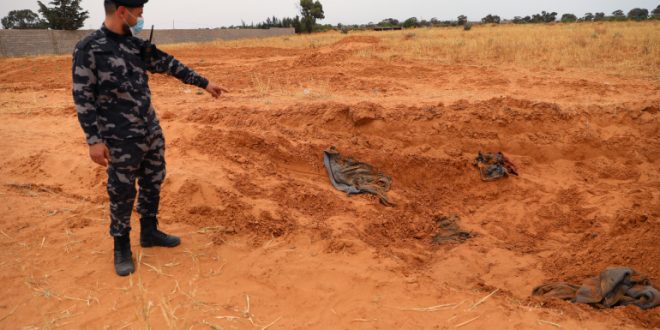 The Director of the Department of Search and Identification of Missing Persons, Lotfi Tawfik, stated that their teams had recovered three unidentified bodies, in a state of decomposition, in two graves on Monday, July 12, near the city of Tarhuna.

Tawfiq clarified in a press statement that the bodies were those of male civilians, one of whom was in a separate grave, whilst the remaining two were found together in one plot.

He noted that they will begin the process of exhuming their contents on Tuesday, July 13, which brings the total of mass graves discovered in less than one week to three.