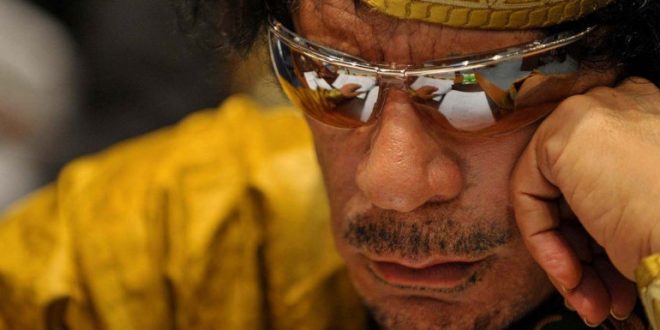 For the fifth time in three months, Libya’s parliament failed to approve the national budget halting the plans of the Government of National Unity (GNU). In a statement on the parliament’s website spokesperson Abdullah Blehaq said “some members of parliament rejected” voting on the budget. For the bill to pass, 120 of the 200 MPs must vote for the budget. Debates over the issue have now been suspended as parliament went into recess ahead of the Eid celebrated in Libya on Monday.

The GNU’s budget has come under close scrutiny particularly as a result of certain programmes the government wishes to implement which have become bargaining chips used by different stakeholders for political gain.

The first time the budget was rejected it was because of the GNU’s irregular funding allocations and the ambiguous projects it included. The GNU is required to explain, in detail, the amount of money it is allocating to each budgeted item. Without this, the parliament is unlikely to approve any spending plans.

This is the first time since 2014 Libya has one government submitting one national budget. Until earlier 2021 there were two administration: one in Tripoli and a parallel one in the east of the country.

The Planning, General Budget and Finance Committee, particularly, rejected funds allocated for development projects, emergency situations and defence while demanding the reduction of certain others. But the real hurdle is funding the defence sector which involves providing money for two separate “armies” each of which claims to be the only legitimate army of Libya. In eastern Libya there is Libyan National Army loyal to renegade General Khalifa Haftar, while the GNU has its own Libyan Army.

The roadmap that gave birth to GNU and Presidential Council says that the council is the commander-in-chief of the country’s unified armed forces. This means that Haftar’s self-styled army should be under the command of the Presidential Council and the GNU’s Ministry of Defence. Unlike the reunification of other national institutions, including the Central Bank and ministries, the army and the security establishment are still divided. In addition to this, Haftar still operates entirely independent of both despite the fact that he accepted the roadmap and welcomed the GNU after the parliament approved it in March.

Furthermore, the GNU does not have a minister of defence and unlikely to have one soon. The portfolio is held by Prime Minister Abdul Hamid Dbeibeh.

To secure the vote of confidence for his government Deibeha did not nominate a defence minister when he presented his cabinet to parliament. Instead he kept the portfolio himself to avoid any quarrelling. But this issue has now caused disagreements in the allocation of the budget.

MPs who support Haftar would not accept any arrangement that do not ensure funding for the LNA, putting Dbeibeh in an awkward position; why fund an army you do not control?

Parliamentarians also complained about the lack of details in the GNU’s whopping budget of 97 billion Libyan dinars ($21.6 billion). In the third reading, the GNU reduced it by some four billion dinars ($0.89 billion) but this did not satisfy the dissenting MPs. In its current form the budget is not itemised as required by MPs.

If the budget is not approved Dbeibeh will have to shelve most of his government programmes and manage with what he has. But failure to pass the budget has the potential of torpedoing efforts made towards unifying the armed forces, security sector and, most importantly, the country’s central bank.

In past six years the former Government of National Accord (GNA) bypassed the legislative in budgeting by making “special financial arrangements” with the governor of the Central Bank allowing it to spend billions without any parliamentary oversight. This was justified by the fact that the parliament never approved the government.

This time the GNU has gained MPs’ approval in an open vote of confidence making it answerable to them and, as a result, its budget must be approved by MPs.

The wrangling over the budget once again highlights the fact that money has always been at the heart of the problem in Libya. The financial and economic side of the conflict and how money is spent is further exacerbated by the fact that Libya gets 85 per cent of its revenue from oil exports. The government acts like the country’s cash dispenser which must be fair and transparent; two commodities lacking in immensely corrupt Libya.

The United Nations mission recently completed auditing the two central banks that used to operate in the country. Its final auditing report contains three pieces of good news: Libya is foreign debt free and its billions in foreign reserves, decades’ worth of savings by the former Gaddafi government, have remained almost intact. Finally, and maybe more importantly, only 15 billion dinars ($3.33 billion) of the Mujanab Portfolio has been spent. The Mujanab Portfolio is a savings account funded by oil sales and held in the Central Bank accessible only in emergency situations. The word Mujanab means put aside and Gaddafi himself is said to have coined it.

Commenting on the report one MP, speaking anonymously, told MEMO “thanks to Gaddafi” for leaving billions for the country to find some consolation unless the “GNU get its hands on the pile.”