Home / Normal / Libya: Is there any hope for free and fair elections? 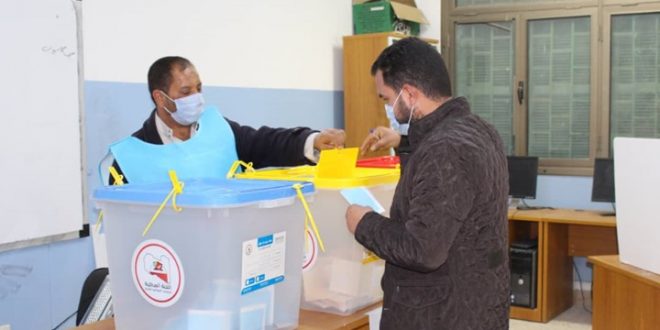 Libya: Is there any hope for free and fair elections?

Libya remains divided, despite ongoing efforts to unite the country and its administrative institutions ahead of the planned December elections.

While elections may ultimately promote peace and stability, the process could also prompt violence in the fragile country

The UN-mediated Libyan Political Dialogue Forum agreed in February to form a new interim administration, led by Prime Minister Abdul Hamid Dbeibah, in a bid to reconcile opposing authorities and lead the nation through elections after years of turmoil.

A number of challenges face the Government of National Unity, such as securing polling stations and implementing strategies to ensure free and fair voting in areas outside of government control. The presence of foreign mercenaries and tribal militias who refuse to dissolve or submit to a civil authority continues to impede progress in the country. As such, there is no guarantee that the atmosphere will be suitable for elections this year.

The inability of the unity government to unify the military establishment also casts serious doubts over the country’s ability to hold free and fair elections. This is of particular concern in eastern Libya, where a police state is in place and elected officials have been forcibly removed from office, abducted or displaced, and replaced by military officers.

Various militia factions have become the de facto rulers of eastern Libya. Extremist groups known for backing autocrats, such as the Madkhali-Salafists, have played a significant role in influencing public attitude, prohibiting elections, and calling for allegiance to the military command in power.

The commander of Al-Saiqa Brigade, Mahmoud al-Werfalli, was a major Madkhali-Salafist figure among eastern-based troops, with two arrest warrants issued by the International Criminal Court for his role in well-documented public executions of detainees. Al-Werfalli remained at large until armed groups assassinated him earlier this year.

Tribal militias are also prevalent in eastern Libya. Armed civilian groups known as the “Awlia Aldam” (Avengers of Blood) continue to operate outside the rule of law and are responsible for extrajudicial executions, arbitrary arrest of civilians, displacing families, and seizing their private property. Their actions have resulted in ongoing atrocities against civilians.

Prime examples of the suppression of civil liberties in eastern Libya include intimidation of the public and assassinations of civil rights activists who dare to express their opinions, such as the late Hanan al-Barassi, an outspoken lawyer gunned down on one of Benghazi’s busiest streets in broad daylight, or eastern-based parliamentarian Seham Sergiwa, who was forcibly disappeared by armed men in Benghazi in July 2019.

Mansour Atti, a civil society activist and head of the Ajdabiya branch of the Libyan Red Crescent, was also kidnapped by gunmen last month, and his whereabouts remain unknown. Atti is affiliated with the High National Election Commission, which many believe is linked to his disappearance and an attempt to sabotage elections by sending a strong message that civil society monitoring of polls is not welcome in the east

Activists and citizens have been imprisoned in tribal-run detention centres in the east because of their political affiliations or those of their families, while others share the same fate for criticising the status quo on social media platforms.

The international community has emphasised the importance of free and fair elections, but no concrete steps have been taken to ensure that this process will occur in a safe and transparent manner – presenting serious concerns not just in eastern Libya, but also in the west.

“This is one crucial inconsistency in Washington’s Libya policy. [US Secretary of State Antony] Blinken has, on multiple occasions, stressed the need for free and fair elections across Libya. Yet, at the same time, the eastern Libyan authorities have been suspected of disappearing or killing several nonviolent citizens simply because they expressed a critique,” Jalel Harchaoui, a Global Initiative fellow with expertise in North African politics, told MEE.

“This, concretely, means that elections may happen in 2021 – but they surely cannot be free. The US, the UN and the rest of the international community know that, but they don’t exert any real pressure on eastern Libya in that regard. They just want the elections to take place regardless.”

Civil society groups and international observers must be protected, allowing them to observe the December elections in all corners of Libya to ensure transparency. Libyans should be able to trust that the outcome of the vote will be a true reflection of their collective will, free from political or military interference. Otherwise, voter turnout may plummet, or citizens will be casting their votes under duress.

Widespread corruption among the ruling classes is another factor threatening the legitimacy of elections in Libya, potentially imperilling the country’s democratic processes.

Elections in Libya have traditionally been concentrated around three ill-favoured possible candidates: Khalifa Haftar, Saif al-Islam Gaddafi, and Aref Nayed, all of whom have stated their desire to compete for office. The emergence of new factions who lack a political agenda or further motives, and that have not been participating in the Libyan political scene in recent years, will strengthen the representation and increase the voter participation.

While elections may ultimately promote peace and stability, the process could also prompt violence in the fragile country, as voters are forced to decide between controversial figures, with no meaningful competition among the contenders – and no guarantees that civil liberties will be respected after the votes are cast.