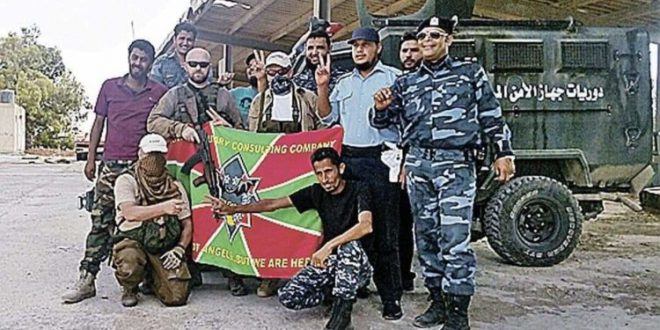 Russia calls for withdrawal of foreign forces from Libya

Russia announced on Thursday that it was “concerned about the foreign military presence in Libya,” calling for a “simultaneous withdrawal of all foreign forces and factions there.”

“The foreign military presence in Libya is a critical issue that has to be resolved,” the First Deputy Permanent Representative to the United Nations (UN) Dmitry Polyanskiy told reporters in the Russian capital city of Moscow.

Polyanskiy stressed that it was: “Necessary to ensure an existing balance on the ground,” adding that the latter was “keeping the calm and preventing escalation in Libya.”

“We call for a gradual and simultaneous withdrawal of all foreign forces and factions from Libya,” he reiterated.

In a meeting in the Swiss capital of Geneva last year, Libyan factions reached a ceasefire agreement stipulating the withdrawal of all foreign fighters from the country within three months.

International Relations and CooperationSecurity ForcesSecurity Situation
All
2021-07-16
asaeid
Previous Libya: Is there any hope for free and fair elections?
Next Dbeibeh welcomes Russian-Turkish deal to remove foreign fighters from Libya