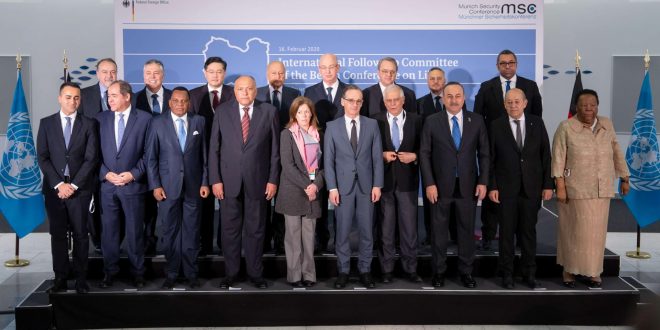 The European Union is set to send a military mission to Libya to bolster the bloc’s influence as a foreign superpower, according to a leaked paper, reports Anadolu Agency.

It is stated that the EU is about to finalise plans for large-scale operations in North Africa in the coming months, aiming to end human and arms trafficking in the region.

“In this context, an EU military CSDP [Common Security and Defense Policy] engagement should…be considered in order not to leave the entire field of activity in the military domain to third states,” it added.

Libya has recently witnessed positive developments following a breakthrough in which rival parties agreed on Feb. 5 on a unified new executive authority that will govern in the lead-up to national elections.

Libyans hope the new government will end years of civil war that have engulfed the country since the ouster and killing of strongman Muammar al-Qaddafi in 2011.

International Relations and CooperationSecurity Situation
All
2021-07-20
asaeid
Previous Attorney General files cases against 55 IS members arrested in Sirte for 771 murders and 4,919 attempted murders
Next Will Russian forces really leave Libya?