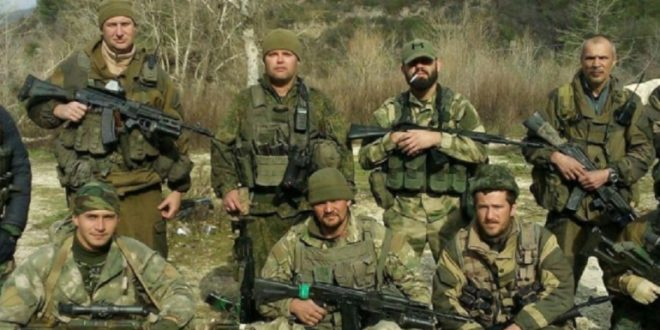 At the second Berlin Conference on Libya, which took place on June 23, Russia (as well as other participants) reaffirmed their earlier calls for “credible steps towards the dismantling of armed groups and militias by all parties.” One of the “armed groups and militias” present in Libya is the Russian private military force, Wagner. Does this mean that Moscow really intends to withdraw Wagner from eastern Libya?

It is possible that this will happen. But it seems more likely that Moscow will retain a military presence in Libya in one form or another.

Before analyzing why, a brief review of the situation is needed. Following the downfall of Qaddafi in 2011 and the fracturing of Libya among rival factions, the main division in Libya evolved into one between the Government of National Accord (GNA) based in western Libya and its opponents led by Khalifa Haftar, who styles himself as “Field Marshal.” Haftar has received support from both neighboring Egypt and the United Arab Emirates (UAE) (among others) while the GNA has received support from Turkey and Qatar. Russia’s Wagner forces (which it is believed the UAE is paying for) are in eastern Libya supporting Haftar, but Russia also recognized the GNA as Libya’s government and maintained good working relations with it.

As part of the Libyan conflict resolution process, a Government of National Unity (GNU) was created, ostensibly uniting the GNA in the west and the Haftar-backed House of Representatives based in the east, which had previously broke with the GNA. “Suitable personnel” from Libyan militias slated to disband are to be integrated “into civilian, security and military state institutions, on an individual basis” per the Berlin Conference agreement. But it is not at all clear that Haftar will submit to the official western-based Libyan army or that they would welcome him and his forces.

Russia has supported the United Nations-sponsored Libyan conflict resolution process. It is in this context that Moscow has agreed to the dismantling of armed groups and militias in Libya. Turkey, though, has already made clear that it does not intend to withdraw its own armed forces from western Libya since they were invited to be there by the internationally recognized (including by Russia) GNA. And, if Turkish forces remain in western Libya, it seems doubtful that Moscow will withdraw Wagner forces from eastern Libya.

But can Moscow maintain a military presence in Libya when it has agreed that armed groups and militias in Libya should be dismantled? Yes, it can.

To begin with, it should be noted that, though Putin has announced some form of Russian withdrawal from Syria on occasions, this has not occurred. Thus, Russia’s agreement that armed groups and militias in Libya should be dismantled may not reflect an actual Russian intention to withdraw Wagner forces from Libya.

In addition, Putin himself has declared that Wagner is not related to the Russian government and that the Russian government is not paying for it. This being the case, Moscow can argue that it has no responsibility to act to dismantle the Wagner presence in Libya. And, so long as Haftar wants Wagner to stay, it is doubtful that the GNU can force it to leave, even with Turkish support. Putin, of course, can continue to claim that Moscow has no connection to Wagner despite strong evidence to the contrary.

Further, it is also possible that Russia can persuade the GNU to officially invite a Russian military presence into Libya similar to the GNA agreement with Turkey. The GNU might be willing to do this since this would give it extra protection against Haftar—or so it might hope. Moscow might then be willing to see Wagner leave Libya if the GNU officially invited Russian armed forces to have one or more bases. Or Russia could send its official armed forces to Libya under a GNU invitation while keeping Wagner forces there to help Haftar.

This may seem implausible to some, but Putin’s approach to conflict between opposing parties elsewhere in the region has been to back them both—to some extent—to have leverage over them all. Even in Syria, where Moscow strongly backs the Assad regime, Russia has sought to balance between two sets of antagonists: Iran and Israel and Turkey and the Syrian Kurds. In Yemen, Moscow has good relations with the Iranian-backed Houthis, the Saudi-backed Hadi government, and the UAE-backed southern separatists. And, in Afghanistan, Moscow maintains good relations with both the Kabul government and with the Taliban. So, it would not be unusual for Moscow to support opposing sides in Libya.

The Libyan conflict resolution process could break down altogether, in which case neither the Russians nor any other outside party now supporting one side or the other in Libya is likely to end its involvement there. Indeed, this outcome seems more likely than not. However, even if the process does proceed, it seems far likelier that Russia will maintain some form of military presence in Libya as opposed to ending it—no matter what Moscow may have agreed to.