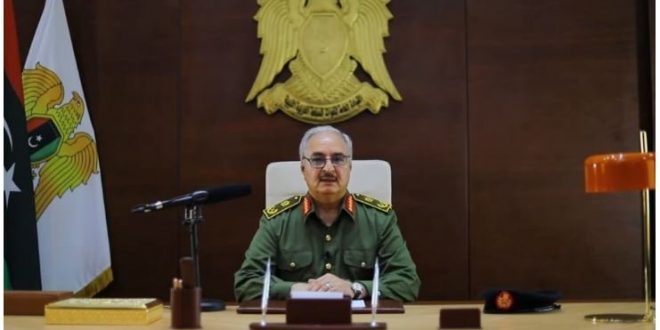 Loyalists of Khalifa Haftar in eastern Libya launched a campaign to collect names and national identification numbers as well as electoral centers, numbers of people to vote for Haftar in the upcoming presidential elections in Libya.

A paper being circulated in eastern Libya and posted on social media showed people’s personal information, which was considered by observers as an early sham December elections campaign.

In a meeting earlier this month with loyalists, Haftar agreed to mobilize support for his election campaign by influencing public opinion to vote for him and to carry out media propaganda to show him as the only true leader of Libya, according to what was reported by some of the meeting attendees.

This isn’t the first attempt to falsify elections in the east, as social media activists circulated a recording for a displaced person from the region surprised that his daughter was a registered voter in Benghazi despite being underage when she left the city.

Electoral ProcessPolitical TransitionSecurity Forces
All
2021-07-25
asaeid
Previous Libyan PM from Sabha: There will be no more wars
Next Parliamentary Special Committee arrives in the Italian capital for crucial discussions