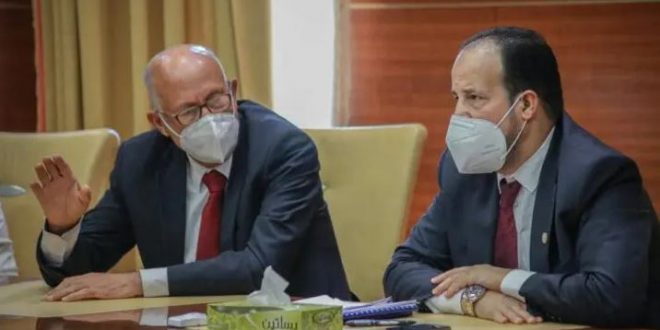 The Government of National Unity’s Ministry of Health said today that the country is in a state of health emergency and warned of specific measures to penalize anyone who aids in the spread of the virus.

According to a statement issued today by the Ministry’s spokesperson, Dr Faraj Tayeb Hassan, on epidemiological trends in the nation, the Ministry underlined that no one else should be permitted to participate in making special choices or measures affecting the country’s health condition.

The message further emphasized that educational institution closures were solely determined by the Epidemiological Commission.

The Ministry recommended that the required needs for isolation centres, including funding, be met.

In a recent statement, Health Minister Ali Al-Zanati emphasized the significance of Covid-19 immunization in building community immunity and eradicating the pandemic.

During a meeting with the Scientific Committee and the Epidemiology Committee, Al-Zanati directed them to investigate the current epidemiological situation and make urgent recommendations to control the virus’s spread, primarily the establishment of isolation centres within all treatment institutions, to improve clinical capacity, and to communicate with isolation and phot personnel.

The Minister’s urgent recommendations also included the provision of vaccinations to all municipal health centres and vaccination stations, as well as inside health departments, as well as the activation of the Infection Control Section in all centres and hospitals.

The recommendations also included increasing the daily capacity of laboratories to conduct tests and promoting community awareness through direct programs across all media.

The Ministry and the meeting agreed that the Epidemiological Commission was the only source of information on the epidemic, having returned and received permission from the Ministry of Health, with the assurance that no committees outside the health system existed, and the obligation to strictly adhere to the national health system, as defined by law.

The instructions made it plain that the second dosage of the AstraZenka vaccine should be released as soon as it arrived, and that a state of emergency should be declared over the country to put the procedures for combatting the epidemic into action as prescribed by law.

The meeting resolved to raise the number of beds in isolation centres and triple the quantity of medical oxygen. Alternative measures for dealing with the problem of oxygen shortages have also been put in place, according to the Department of Public Information on the Ministry’s media platform.

Due to an increasingly concerning epidemiological situation, Libya’s Government of National Unity announced today that it will be imposing a lockdown on the country’s most populated areas for two weeks, from 6 P.M to 6 A.M starting tomorrow, July 27th.