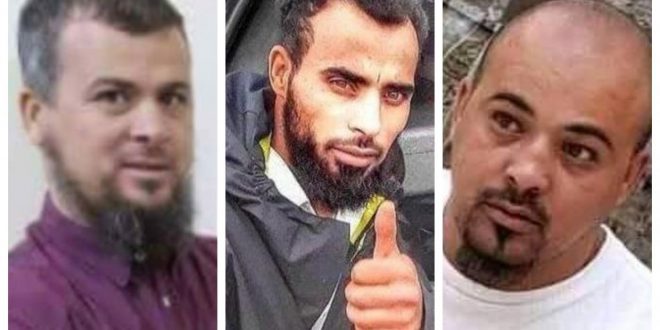 Mohammed al-Kani, a Libyan militia leader who has been accused of murdering hundreds of civilians in the western Libyan town of Tarhuna, was announced dead on Tuesday by several local sources.

Kani was the leader of the notorious Kaniyat militia, also known as the 7th Brigade or the 9th Brigade, part of eastern commander Khalifa Haftar’s Libyan National Army (LNA).

The Libyan al-Mashhad news website quoted local sources as saying that Kani was “killed in a farm where he resides in Benghazi”.

Journalist Mahmoud al-Misrati, who is known to be close to the LNA, quoted a military source as saying that Kani was killed “during his resistance to a raid on his residence in Benghazi to arrest him, based on two memoranda from the civil and military judiciary, based on complaints against crimes attributed to him since 2019 and before”.

Misrati stated on his Facebook account that one of Kani’s companions was arrested and another was killed. A number of his associates were also arrested in separate areas of Benghazi, Ajdabiya and Tobruk, based on a note from the civil prosecutor and the military prosecutor, the journalist added.

The Kaniyat had complete control over Tarhuna, a town 60km from Tripoli, from 2015 until May 2020, when an assault on the capital it was participating in collapsed and the militia fled east.

When forces loyal to the Government of National Accord (GNA) captured Tarhuna in May, mass graves suspected of holding hundreds of bodies began to be discovered. Over 100 corpses were also found in a local morgue, including those of children and fighters.

MEE’s head of news Daniel Hilton travelled to Tarhuna in September, where residents recounted scores of disappearances, murders and human rights abuses at the hands of the Kaniyat.

Residents told Human Rights Watch last year that Haftar’s forces, backed by the Kaniyat militia, “abducted, detained, tortured, killed and often disappeared people who opposed it or were suspected of doing so”.

“When they capture and kill someone, they also make sure to kill the rest of [the men in] his family so that they don’t retaliate,” one resident told HRW. “After they kill people, they seize their money and property.”

The abuses and killings in Tarhuna are currently subject to investigations by the International Criminal Court.

Fatou Bensouda, the ICC’s prosecutor, has said the discovery of men, women and children buried in Tarhuna’s mass graves “may constitute evidence of war crimes or crimes against humanity”.

The ICC prosecutor’s office told MEE last year that it was “following up on this matter, in particular with the competent Libyan authorities, in accordance with the principle of complementarity, to ensure that these mass graves are investigated”.