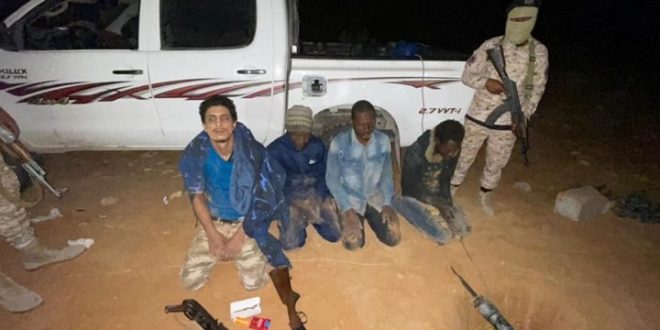 The Tripoli Military District’s 444th Combat Brigade reported that they have successfully foiled a planned attack on Tripoli.

According to a post on the brigade’s official Facebook page, 444th Brigade personnel were able to prevent a hazardous and huge plot with outside hands that targeted the capital by putting a grip on its inhabitants in order to stir up public sentiment.

The plan, which the 444th Combat Brigade thwarted after two days of investigation and gathering detailed information, was the intention of an organized criminal group to cause chaos and cut off the industrial river near the 120km Sakat Valley south of Bani Walid in the desert, resulting in a halt and disruption of water pumping into the capital.

Following this information and inquiries, a unit of the 444th Fighting Brigade was able to enter and penetrate those valleys and hard roads, capture this group, and transfer them to the capital to finish investigations and identify who was directly responsible for the activities in Tripoli and other towns.