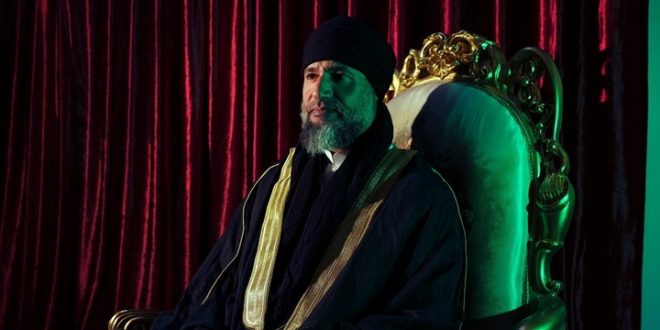 Saif Al-Islam Gaddafi, son of former Libyan leader Muammar Gaddafi, announced on Friday that he is arranging a return to political life in his first video interview since his disappearance ten years ago.

In an interview with The New York Times, Gaddafi’s son asserted: “Now, I am a free man, and I am arranging to return to the political scene.”

He added that he took advantage of his absence to monitor the political situation in the Middle East and work quietly to reorganise the political force affiliated with his father, known as the Green Movement.

Although he has reservations about the possibility of running for presidency, according to the newspaper, Gaddafi believes that the movement he leads: “Can restore the country’s lost unity.”

Gaddafi referred to the success of his campaign slogan: “Politicians have given you nothing but suffering, it is time to return to the past,” without providing further details.

He added: “They have raped and humiliated our country. We have no money, no security, and no life. If you go to the gas station, you will not find fuel.”

The Libyan politician continued: “We export oil and gas to Italy, and we provide half of Italy with electricity, while we suffer from electricity cuts. What is happening is beyond the limits of failure. It is a farce.”

On his years-long disappearance, the newspaper reported: “Ten years ago, a group of armed men intercepted a small convoy near the Libyan city of Ubari while trying to flee to the south towards Niger and found in it a bald young man covering his right hand with bandages, and they discovered that he was Saif Al-Islam.”

The newspaper added: “Because he was also wanted by the International Criminal Court, he was considered a precious hostage, so they kept him even after the 2012 elections, and then released him after the accelerated developments in Libya. But no one knows his whereabouts.”

The New York Times quoted Gaddafi stating that the fighters who arrested him ten years ago had been disillusioned about the revolution and eventually realised that he could be a powerful ally for them.

Supporters of the former Libyan regime aspire to return to power through the gateway to national reconciliation and the presidential and parliamentary elections expected to be held at the end of 2021, ten years after ousting the Gaddafi regime.

Although this scenario is unlikely, Gaddafi’s loyalists do not hide their desire to nominate Saif Al-Islam for the next presidency, with Russian and tribal support, given that his cousin Ahmed Gaddaf Al-Dam managed to retain a wealth that would allow him to finance Gaddafi’s project to return to power.

The Libyans who participated in the revolution of 17 February, 2011, toppling the Gaddafi regime, fear that his son will retaliate once he reaches office, rendering it unlikely that they will allow him to participate in the next presidential race.