Home / Normal / Anti-Coronavirus vaccines will be made mandatory in Libya : PM Aldabaiba 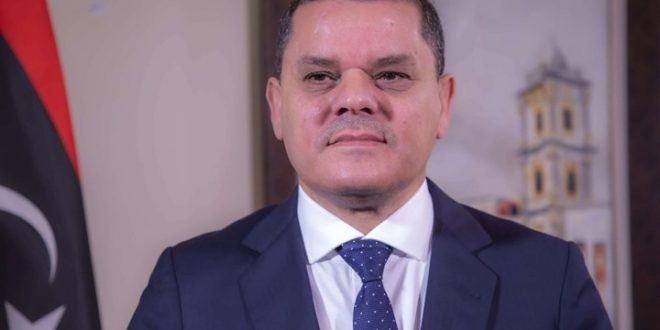 Anti-Coronavirus vaccines will be made mandatory in Libya : PM Aldabaiba

The Coronavirus pandemic situation is relatively stable in Libya and the anti-Coronavirus vaccinations will be made mandatory for Libyans, Prime Minister Abd Alhamid Aldabaiba said on Saturday. He was reviewing the health situation in the country after a meeting with Health Minister Ali Zanati.

There are enough quantities of PCR test kits at the Isolation Centres now he reassured, hinting at the acute shortage that had existed where suspected infected patients had been unable to test themselves previously

The Prime Minister also announced that Libya had now contracted to import ‘‘large quantities’’ of oxygen reserves, indicating that the acute medical oxygen supply shortage may also be over.

He confirmed that Libya had imported over 1.3 million doses of anti-corona vaccines of which only 600,000 have been used, calling on all Libyans to hurry in taking their vaccines to protect themselves.

He revealed that 500,000 doses of Pfizer (250,000) and AstraZeneca (250,000) vaccines will be arriving this week and that Libya had contracted to receive two million doses in one batch after which vaccination will be made mandatory for Libyans.

He said all children’s (standard) vaccinations as well as cancer, kidney, tumour, blood and diabetes medicines are available.