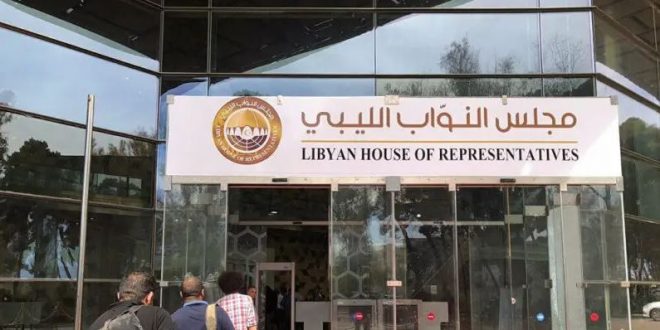 Abdullah Belhaq, the spokesperson for the House of Representatives, announced the commencement of today’s Parliamentary session.

He said that the section dedicated to the State Public Budget Law 2021 had been postponed at the request of the Government of National Unity in order to make changes to the proposed bill.

The Council then proceeded to debate the draft legislation on the direct election of the President by the Libyan people.

Member of the House of Representatives Adnan Allahat said in a statement to the Libyan News Agency (LANA) that since the start of Monday’s meeting, members of the Council had agreed that the laws before the Council would not be adopted or approved until they had obtained a quorum for the adoption of laws, namely 120 members of the Council.

Budget and FinanceLegislation
All
2021-08-02
asaeid
Previous Anti-Coronavirus vaccines will be made mandatory in Libya : PM Aldabaiba
Next Man-Made River demands security and funding to prevent complete loss of water supply