Home / Normal / Algeria, France, Turkey, and the US to discuss best course of action for the Libyan people 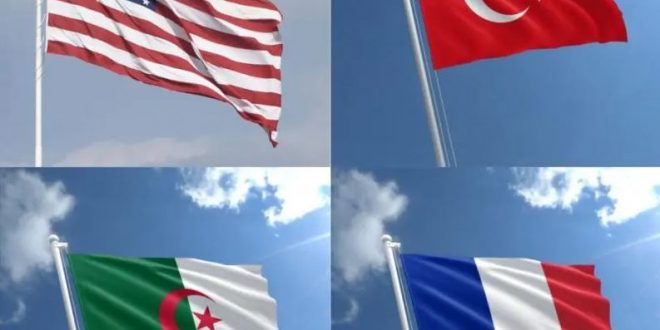 Algeria, France, Turkey, and the US to discuss best course of action for the Libyan people

Algerian President Abdelmadjid Tebboune announced a meeting between Algerian Foreign Minister Ramtane Lamamra, and his counterparts from the United States, Turkey, and France, to attempt to achieve the best possible outcome for the Libyan people.

According to the Algerian news agency, Tebboune said during a press interview that legitimacy in Libya should come through national elections, seeing elections as the greatest solution to the Libyan issue.

He further said that during their recent visit to Algeria, the Head of the Presidential Council, Mohamed Al-Menfi, and the Prime Minister of the GNU, Abdel Abdelhamid Dabeiba, indicated that they were aware that Algeria was an honest supporter of Libya and that it had no selfish aspirations in the oil-rich country.

The Algerian President drew attention to the need for an election to have legitimate authority in Libya, so Libyans, under the auspices of the United Nations, get to vote for and decide who leads their country out of a ten-year crisis.