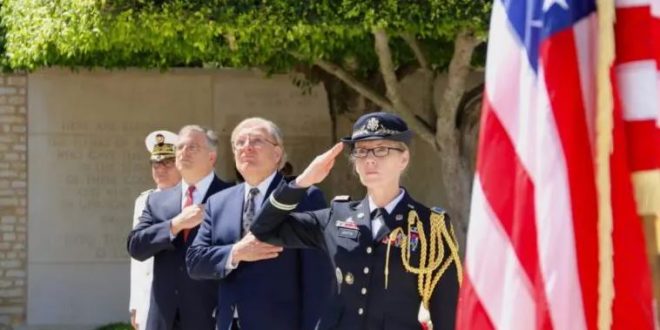 The US Ambassador’s statements, Richard Norland, that Khalifa Haftar could play a role in unifying the military establishment in Libya has outraged some families of Haftar’s victims who are fighting in court to bring justice for their loved ones.

“We commend the Libyan Military Prosecution’s role and highly appreciate its actions against the perpetrators of war crimes and violations. We consider it a safety valve that guarantees the application of law and the fulfillment of rights,” a statement issued by the Association of the “Families of the Volcano of Rage Martyrs,” said on Sunday.

Talking to Al Jazeera Live last week, Norland considered Haftar one of the significant figures in the current Libyan political and military scene. He indicated that “his influence” could help in unifying the military institution in the country.

The families criticized his statement as giving war criminals and their leaders a role in determining the destiny of Libyans.

“We deplore the silence of the Libyan authorities regarding these blatant interferences in the internal affairs; and its failure to respond to such interventions,” the statement read.